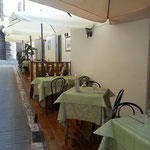 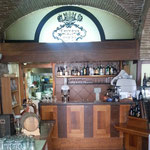 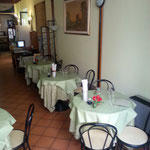 In some rooms of the fourteenth century there is the Restaurant Taverna dei Duchi, evolution of Antica Osteria. It is near the famous Piazza del Duomo where there is the Spoleto Festival great ending every summer. In it the sources of the ancient Osteria Spoletina are interpreted in the most genuine way by using all the typical produce as oil, truffles, hand-made pasta, Chianina meat, Valnerina salami, vegetables and wines not only of our hills  but national too that represent its gastronomic values. This scrupulous selection permits to interpret modernity on the base of tradition bringing out the typical cuisine of Spoleto dei Duchi to taste in a typical place, very careful to the service too.